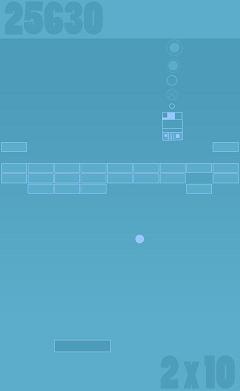 What happens when students in a game development course are given ten weeks to design and create their very own games? The Escapist went to find out.

Film schools, art schools, literature schools - all of these have been around forever, but the meteoric rise of videogames seems to have caught the academic world by surprise. To be fair, it wasn't long before we started seeing videogame development schools and programs pop up. One of these programs is located at Wake Tech Community College in Raleigh, North Carolina, and seeing as how that's just down the proverbial road from Escapist HQ, Brand Manager "Spinwhiz" and I went over to Wake Tech's campus to check out their end-of-term Student Showcase.

It might seem odd to have a game development course in a community college down in North Carolina - that is, until you look at it. The Triangle (that is, the area formed by the three cities of Raleigh, Durham, and Chapel Hill) is one of the most tech-heavy areas in the country, with dozens of cutting-edge companies fueled by a steady graduate flow from prestigious schools like Duke and UNC - and, as the program website points out, that would include "over 30 simulation and game companies in the triangle area," such as Epic Games, Insomniac, and Red Storm.

Students in the program were asked to create a short game, or game demo, during the 10-week course, and were encouraged to work in groups. They were allowed to use previously-created personal assets, and beyond that, the only limitation was that the game they created would have to qualify for a "T" rating or lower.

In the 10 or so minutes every group had to present (eleven of them in total), we saw a very interesting range of games. DEFIANCE, a cel-shaded hacking FPS, Froggy Math, an iPhone app designed to teach little kids basic mathematics, Iron Outlaws, a top-down mecha shoot-em-up, and more - it was actually rather surprising to see how different all the concepts were. Obviously, the limitations of manpower, budget, time, and resources meant that all of the games were in various unfinished stages of development, but it was still interesting to see how all these students and would-be developers came up with their ideas.

As a general rule of thumb, most of the games seemed to be variations on classic game types and concepts ("Hey, we haven't seen many cel-shaded games in a while - let's do one!" "Man, whatever happened to top-down shooters and giant robot games?") which does make sense given the context - develop what you're familiar with, no? It was also interesting to note that two of the most complete - and most compelling - games on the floor were both rather unambitious.

Blake Leftwich's Panic was a simple brickbreaker a la Break Out and Arkanoid, whereas Mitch Johnson's Quark was an XNA title that spiced up the Geometry Wars-esque multidirectional shooter (with a pretty funny pun - the main subatomic particle switches from depressed to manic. Get it? He's bipolar!), only both with their own respective twists on the genre.

With Panic, not only is the ball affected by gravity instead of just moving in a straight line, but the game works on the principle of ramping up - every brick you break gives you a score multiplier, but makes the ball go faster, The idea is to use the "Panic button" to cash in your points and reset the multiplier before it becomes too overwhelming - it doesn't matter how high your multiplier is if you lose the ball.

Quark differs from games like Geometry Wars in that the normal attack doesn't destroy the enemies, but merely freezes them. Once frozen, shooting them with a more powerful beam will explode them - and cause a chain reaction detonating any enemies around them as well. It's a fairly simple change to the formula, but one that makes it surprisingly interesting.

What was the most impressive, though, was not a technical feat. With so many of the student teams working via middlewear - specifically, the Unreal 3 engine - it was surprising to see such a variety in terms of game concepts, let alone execution thereof. Maybe it would have been easiest to just create a generic FPS using Epic's engine, but there was very little overlap between concepts.

In hindsight, though, it probably shouldn't have been so surprising. After all, this sort of thing does seem to be the mantra of the indie scene, a throwback to the early days of game development - if you don't have much of a budget to waste, then you have to make up for it with creativity. A generic FPS will be held up to every other generic FPS out there, and if yours doesn't have all the features of the others, why expect anyone to take you (or your game) seriously?

So why even go down that route? The lack of a budget might not always make for a good game, but - whether indie dev or student - it may well make for a creative one.