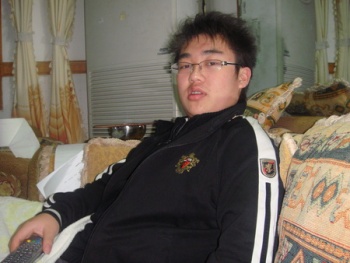 A sixteen-year-old Chinese boy was beaten to death during treatment at a camp supposedly designed to help cure youth of their addiction to the Internet.

When the parents of sixteen-year-old Deng Senshan paid 7,000 yuan ($1,024) to send him to Guangxi Qihang Survival Training Camp on Saturday in the hopes that it would help cure their son of his addiction to the Internet, they probably never imagined that he could be dead less than two days later.

As the Global Times reports, Deng was reportedly beaten severely by three teachers at the camp after being scolded for "running too slowly." He was declared dead Monday morning after arriving at a nearby hospital. The incident has sparked considerable outrage, particularly given that the camp's mission statement promises that the treatment "does not include torture or other methods that might damage a child's health."

In recent years, China has struggled with what is perceived as a rampant addiction to the Internet among the nation's youth. In 2007, a sociologist at Huazhong Normal University claimed that online gaming and Internet addiction were destroying the country's youth, and called for heavy restrictions. Back in March, the Chinese government claimed that its anti-addiction programs that restricted the amount of time minors could spend online were working, and just last month the Ministry of Health said that it was shutting down a controversial electroshock treatment program.

According to TIME, there are hundreds of camps in China like the one where Deng Senshen was brutally beaten, but he is the first reported casualty in the nation from an Internet addiction facility.

(Via The WSJ, via Gizmodo)