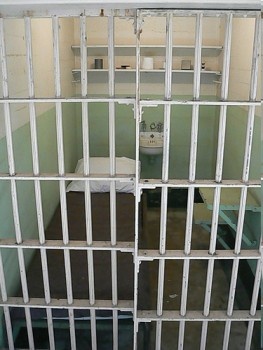 A college student in the U.S. is looking at a possible ten-year prison sentence after being arrested for the dastardly crime of modding game consoles.

Matthew Lloyd Crippen, a 27-year-old student at Cal State Fullerton, was arrested on Monday by U.S. Immigration and Customs agents on two charges of violating the Digital Millennium Copyright Act by "modifying for personal financial gain technology affecting control or access to a copyrighted work." The arrest follows an investigation that began in late 2008, instigated by the Entertainment Software Association, and a search of Crippen's house in May that resulted in the seizure of more than a dozen Microsoft, Sony and Nintendo consoles. Each count carries a maximum prison term of five years.

"Playing with games in this way is not a game - it is criminal," said I.C.E. agent Robert Schoch. "Piracy, counterfeiting and other intellectual property rights violations not only cost U.S. businesses jobs and billions of dollars a year in lost revenue, they can also pose significant health and safety risks to consumers."

I.C.E. claims that counterfeiting and piracy cost the U.S. economy up to $250 billion each year and 750,000 American jobs, and according to an NBC Dallas-Forth Worth report, some estimates say that five to eight percent of all goods sold worldwide are counterfeit.

Full details surrounding the case haven't yet come out but at this stage it appears that Crippen is looking at a longer stretch than some killers for the crime of modding game consoles. Maybe I don't grasp the full complexity of the situation (or maybe I'm just Canadian) but that seems more than a bit harsh to me.

The DMCA in the Metaverse Joe 6 Comments