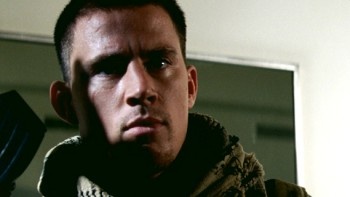 Paramount is hedging its bets with G.I. Joe: The Rise of Cobra by refusing to provide screenings for critics before the movie hits theaters.

It happens now and then. Movie studios make a film, realize they've got a big bag of stinkola on their hands and then do whatever they can to squeeze some box office receipts out of it before the bad word gets out. Gamers might recall that something similar occurred with Street Fighter: The Legend of Chun Li, which was also kept away from critics, with good reason as it turned out.

So it might come as bad news to anyone hoping the new G.I. Joe flick will be a solid action romp that Paramount is making critics who want to see the movie fork over their cash along with everyone else on opening night. It's a "highly unusual move" for a big-budget film being positioned as a major summer blockbuster, according to the L.A. Times, particularly in light of the fact that as recently as last Thursday, the studio was telling critics that it would in fact be arranging advance screenings.

The film isn't being hidden from everyone; sites like Ain't-It-Cool-News, Hitflix, JoBlo, Dark Horizons and Chud - described as "the biggest fanboy websites" - have all been shown the film and have all given it very solid marks. But by keeping it out of the national spotlight and doing things like premiering it at Andrews Air Force Base and running ad campaigns in numerous small markets, the studio hopes that "flag-waving, Nascar-loving Americans" will provide enough of an audience to turn it into a hit.

"Our starting point for this movie is not Hollywood and Manhattan but rather mid-America," said Paramount Vice Chairman Rob Moore. "There are a group of people we think are going to respond to the movie who are normally not the first priority. But we're making them a priority."

If he's right, G.I. Joe: The Rise of Cobra could end up jockeying with fellow toy-and-cartoon movie Transformers: Revenge of the Fallen for the 2009 box office crown. If not, well, we all know what happened with Snakes on a Plane. And knowing is half the battle!