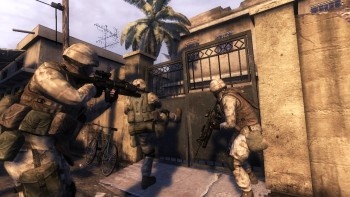 Juan Benito, the creative director of Six Days in Fallujah developer Atomic Games, is rumored to have left the company.

Benito's departure, first reported by GamesIndustry, has thus far gone unconfirmed by Atomic, which has said only that it "has no comment at this time." Benito had previously worked on games including Tom Clancy's Rainbox Six, Dominant Species and Force 21, and is still listed as Creative Director on the Atomic Games website.

Atomic specializes in the development of "historically themed videogames" such as the V for Victory and Close Combat series and was most recently in the spotlight for Six Days in Fallujah, a shooter based on the real-life experiences of combatants in the November 2004 battle in the Iraqi city of Fallujah.

Plans for the game triggered widespread outrage (and some support) and Konami backed out of its deal to publish the game only three weeks after its existence was revealed, prompting Atomic CEO Peter Tamte to ask if game developers are "media companies capable of producing content that is as relevant as movies, music and television," or merely "toymakers."