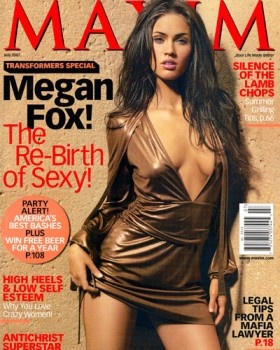 A 12-year-old Boston boy got an eyeful when his subscription to the canceled Electronic Gaming Monthly was replaced with Maxim and his mother isn't too happy about it.

A few months after the plugged was pulled on EGM following the sale of the 1UP Digital Network to the Hearst-owned UGO in January, subscribers learned that the balance of their monthly magazine mailings would be filled by Maxim, the boobs-and-humor periodical popular among meatheads who aren't quite sophisticated enough for Penthouse. A fine trade in the eyes of some, no doubt, but not for Kathleen O'Donnell, whose pre-teen son Jake has so far received two issues of the magazine despite her request that it be canceled.

Jake, who according to a WBZ-TV report is a big fan of the Wii, noticed a few weeks ago that his favorite videogame magazine seemed different somehow. He showed it to his mom, who wasn't thrilled to have a pseudo-girlie magazine showing up in her mailbox unannounced. "When I saw it, I didn't think it was a magazine my son should be looking at," she said.

The first issue of the replacement subscription included a note telling subscribers they could "opt for a pro-rated refund for the balance of their EGM subscription," but O'Donnell wasn't happy that the magazine was mailed without prior approval. "I wasn't given a choice if I wanted to receive Maxim as a replacement for EGM before it showed up in my mailbox," she said. And although she sent in a written request to cancel the subscription, the August issue arrived right on schedule.