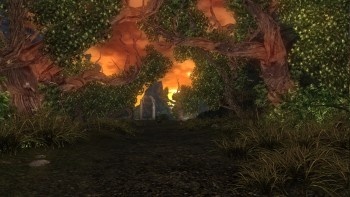 Australia's Classification Board has detailed its reasons for refusing to issue a classification for the upcoming RPG Risen and as expected, the presence of implied sex and pretend drugs is simply too much for the country's sensitive citizens to handle.

News came out earlier this week that Risen, the upcoming RPG from Gothic developer Piranha Bytes, had joined the RC (Refused Classification) parade and thus would not be available for sale in Australia. Speculation on the reasons for the ban focused on the game's "implied" sex as well as the drug "brugleweed," which could be bought, sold and smoked by characters in the game.

Sure enough, the Classification Board confirmed in an email today that sex and drugs - even drugs that sound as though they were lifted straight from a Harry Potter novel - are a big no-no in videogames down under.

"The game contains 'quests' which a player may choose to complete by acquiring sexual services of prostitutes," the Classification Board said in an email. "Though it is purportedly not a necessary element of game play, players gain rewards or advance through the game more easily by engaging in sexual activity with prostitutes. Despite sex being given discreet treatment within the game, sexual activity is clearly linked to incentives or rewards."

The fictional drug "brugleweed" is given a similar treatment. "A player can trade and smoke this drug, which mirrors an illegal 'real-world' drug in its terminology, use and depiction. Dialogue refers to the drug having a 'relaxing effect' on the character. 23 'experience points' are gained by using the drug for the first time whilst every use thereafter leads to a moderate gain of three 'experience points'," the Board wrote. "This direct link between the use of 'brugleweed' and a positive increase in 'experience points' is an example of drug use related to incentives or rewards, which must be classified RC."

Naturally, the decision doesn't sit well with many Australian gamers and industry figures, not least among them Game Developers Association of Australia President Tom Crago, who said he was "embarrassed" by the Australian government's attitude toward videogames.

"It's a joke isn't it? We are once again caught in this awful, ridiculous web of the antiquated classification system that we all have to endure," he told iTWire (via Edge). "It's ridiculous because it assumes that games are fundamentally different to film and outrageous in that it assumes that adults shouldn't be allowed to access adult content in video games."

"And of course it is a fundamentally broken system in that games that should be classified R being shoehorned into the [MA15+] classification, which means you get a 16 or 15 year olds, who really shouldn't be able to play a particular type of game actually able to play that game, under the age of 18," he continued. "[An R18 classification] would solve the problem; it would bring us in line with the rest of the world, and it would ensure that games that are presently refused classification, or shoehorned inappropriately into the MA15+ bracket can be appropriately rated."

Gothic - You Are Not Special Fanghawk 35 Comments