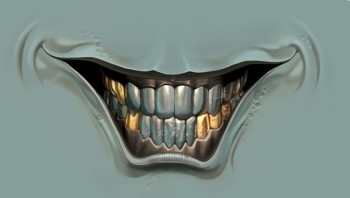 Rumors of the possible shutdown of Swedish developer Grin, the studio behind Bionic Commando and Terminator Salvation, were confirmed today as the company announced that it was closing its doors after 12 years of operation.

Grin was first reported to be having financial problems all the way back in May, when more than 100 employees were laid off and its operations in Barcelona and Gothenburg were rumored to be facing closure. It came to light yesterday that those offices had in fact been closed in June, although the English-language gaming press somehow managed to miss it; in spite of the cuts, however, the company continued to struggle and sources claimed that employees had been told to stay home while a bankruptcy procedure took place.

Today the studio confirmed in a message posted on its website that it has ceased operations. "It is with a heavy heart we announce today that Grin has been forced to close its doors," the message said. "After twelve years of hard work, employing hundreds of wonderfully talented men and women, it is over. It has been a great adventure and the Grin family has experienced what few have."

The message blamed the shutdown on "an unbearable cash flow situation" brought about by delayed payments from publishers. It's interesting to note, as Joystiq did, that while the farewell message from Grin co-founders Bo and Ulf Andersson offer thanks to several individuals and companies including Ubisoft and Capcom, there's no mention at all of Warner, for whom Grin developed Terminator: Salvation and Wanted: Weapons of Fate. The underperforming movie games are widely believed to have played a major role in the studio's downfall.

But the news isn't all bad: Many ex-Grin staffers apparently didn't feel like taking an impromptu vacation and instead chose to form Outbreak Studios, headed by former Grin lead programmer Peter Björklund, who built the network engine used in games like Midtown Madness 3, Battlefield 2: Modern Combat and Battlefield: Bad Company. The company plans to develop games for the Xbox 360, PlayStation 3, PC, PSPGo and iPHone.

Gallery of the Day: 8 Christian Bale Movies Not About the Dark Knight DrStrangelove 34 Comments