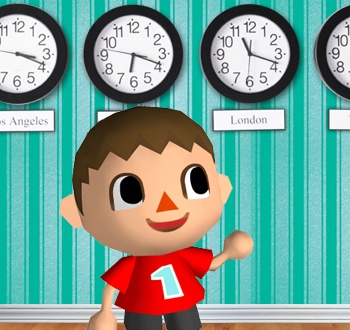 Developers have a number of ways of pulling players into their game worlds - impressive graphics, realistic physics, relateable characters - but sometimes all it takes is making the sun rise and set. Instilling a sense of time into a game, argues Dan Squire in Issue 216 of The Escapist, can build a bridge to the real world in ways that few other elements can. An in-game time cycle can even add new layers of depth, simply by turning day into night:

Around this period, time's primary function of helping to create a dynamic, life-like world became more apparent. In-game time was primarily used to create a sense of adventure, grandeur, and freedom. Open-world games and games that emphasized exploration embraced the idea, while more story-intensive genres continued to partition day and night only when it made sense in the narrative.

Squire's certainly right that having a day/night cycle is a relatively easy way to add a surprising amount of depth into a game. Running around Cyrodiil at night is certainly a vastly different experience than exploring during the day. It just feels more quiet and dangerous. Read A Persistence of RAM and share your thoughts on the topic.

Why Did We Fall in Love With Games? John Funk 21 Comments

The Curious Case Of Me Jammin' Buttons Graeme Virtue 26 Comments