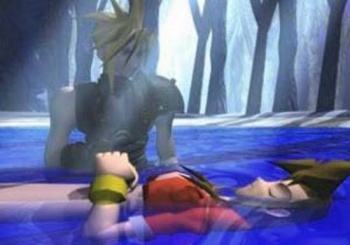 At last week's GamesCom in Cologne, FF13's Yoshinori Kitase reiterated that Square-Enix had no plans to remake the beloved Final Fantasy VII, advising fans to just play it on PSN instead.

Square's been giving a lot of its games the remake treatment in the past few years: Final Fantasy I, II, & IV, Chrono Trigger, to name a few. But the one game fans have been clamoring for to be remade for years - 1997's groundbreaking Final Fantasy VII - remains nowhere to be seen.

At GamesCom, VG247 posed the question to Final Fantasy XIII's Motomu Toriyama and Yoshinori Kitase: "Will we ever see a remake of Final Fantasy VII?"

Their answer, through a translator:

There's no official project that's up and running for a remake of Final Fantasy VII at this point. Both Toriyama-san and Kitase-san were involved in the development of the game, however, and it holds a special place in their hearts. They do talk about it on a personal level, like, 'If we did it it would be like this or like that.'

So, they do talk about it, but there's no official project yet.

On the other hand, as they pointed out, the game was re-released on PSN not too long ago, so fans could get their angsty pseudo-cyberpunk fix that way instead.

At this point, honestly, I just kind of want Square to remake Final Fantasy VII to make the fans stop asking about a remake of Final Fantasy VII already. I guess some things never die, no matter how much they ought to.