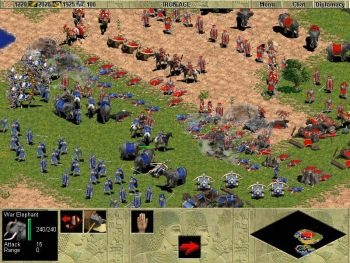 When Bruce Shelly's Ensemble Studios and Jordan Weisman's FASA Interactive helped form the base of Microsoft's internal game studios, they had a secure publisher with incredibly deep pockets. But would joining Microsoft's Collective come at the cost of their identity?

In the mid-90s, Microsoft was known to many as the equivalent of Star Trek's Borg: If they couldn't beat you, they would buy you, and add your technological significance to their own. Resistance was futile. But for small development studios looking for the secure financial backing of a publisher, Microsoft's attempts to move its internal game studio beyond Flight Simulator was a huge opportunity. However, that opportunity might come at a cost, as Jordan Weisman and Bruce Shelly recounted to Russ Pitts in The Escapist's Issue 73:

"We went from 300 people to 1,500 people in about 24 months. And that's a huge amount of growth. Obviously, that was a totally different field, a totally new field, a much more mass-market field. The original premise of the Xbox was sold to senior management that our PC game designers could port over the videogame concepts. It was wrong. They're totally different game design philosophies; the living room versus the den. The interaction models are different. The timing cycles are different. It's a very different model. So it was a real challenge. It put a lot of strain on the organization, as you can imagine."

For Weisman and FASA, Microsoft had snagged them on the basis of their hit PC MechWarrior games - but PC games were not console games, and the culture of PC developers was not the culture that Microsoft was hoping to create for its internal Xbox team. Shelly and Ensemble, on the other hand, would be given no less a title than Halo Wars.

For the full story of how being assimilated into the Microsoft Collective affected these two studios, check out "From Borg to Boss" in Issue 73 of The Escapist.