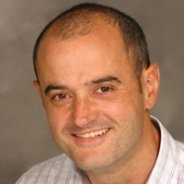 At GamesCom last month, Sony claimed it had moved 10 million PS3s in Europe days after Microsoft announced it had sold 9 million Xbox 360s. But now, Microsoft's Chris Lewis says that the 360 still maintains a lead of one million units over rival Sony.

I imagine it was quite embarrassing for Microsoft to find that, only days after its proud announcement that it had sold 9 million 360s in the PAL territories, competitor Sony countered with the claim that it had an install base of 10 million in the same region. After all, the 360 has been enjoying the benefits of its year-long head start over the PS3, and has been leading everywhere that isn't Japan - so this was a bit of an "egg on your face" for the Redmond-based software giant.

So really, it's no surprise that the company is looking to set the record straight (to take them at their word - if you're feeling cynical, this could be them just putting some spin on things). Speaking to MCV, Xbox Europe boss Chris Lewis said that the disparity was a result of how Sony and Microsoft counted their figures. In fact, said Lewis, the 360 still had a healthy 1m lead over its competitor:

"We count installed base differently to them," he added.

"We count the number of units in the hands of consumers. We are committed to continuing that momentum - not only in places like the UK, France and Germany. Continued growth in all parts of Europe is integral to winning [against PS3] overall."

I guess the implication there is supposed to be that Sony... doesn't count the number of units in the hands of consumers? I suppose they could always be counting the number of consoles shipped to retailers, so the 10m claim would include consoles in homes as well as consoles sitting on store shelves. It's certainly not impossible, and the idea of the PS3 passing the 360 in Europe with so little fanfare does seem unlikely, but...

Update: As Joystiq points out, this might not be about counting numbers differently as it is about how both companies count different countries as part of different regions: "SCEE pools its population from Europe, Australiasia and other territories outside of Japan, the rest of Asia and North America. Microsoft EMEA combines figures from Europe, the Middle East and Africa."