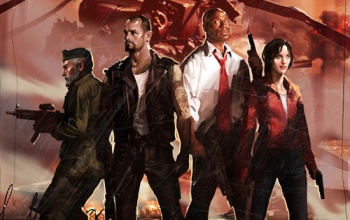 Speaking to Eurogamer, Valve's Chet Faliszek said that while his company traditionally tries to release add-on content for free -- "Crash Course" will be released on the PC platform free of charge -- Microsoft was having none of that.

"We own our platform, Steam. Microsoft owns their platform. They wanted to make sure there's an economy of value there," said Faliszek.

"It's not like [Valve is] looking at this as, 'Oh my god, we need some money, we're going to charge,' obviously, or we'd do it on the PC. So it's just kind of the way the system works right now."

The good news is that the add-on content for Left 4 Dead has a relatively small price tag, considering it includes an entirely new chapter of gameplay for the multiplayer title. When it lands on the Xbox Live Marketplace later this month, you'll only have to drop 560 Microsoft points ($7) to purchase it.