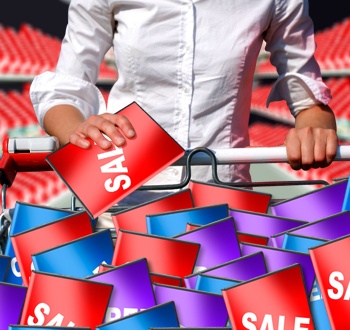 The terrible irony of bargain-priced games is that they can actually end up draining more out of your wallet than full-priced titles.

In these difficult financial times, often the first step to economizing is cutting your gaming budget, as Rob Zacny did when he resolved to only buy games that had been marked down. Unfortunately, the scheme had the opposite effect on his wallet. As Zacny explains in Issue 218 of The Escapist, his gaming budget rapidly ballooned as he discovered that a lower price went hand in hand with lower demands:

When a game drops to $5 or $10, it becomes almost devoid of cons. If it's lousy, I've invested the cost of a movie ticket, and I actually end up saving time because I'm not trying to wring fun from a shoddy game just to validate my purchase. Conversely, if the game is decent, it's easier to enjoy it on its own terms. I won't be playing Painkiller and resenting it for not being Half-Life, because I don't saddle a discount title with the same expectations that I often do with new game purchases.

I must confess to having a similar stack of games that I snagged on the cheap, swearing to myself that "someday I'll get around to playing it." I'm guessing one or two of you out there suffer from similar afflictions. Read the rest of A Penny Saved Is a Dollar Spent then let us know what games you've picked up for pennies, but have yet to actually play.

A Penny Saved Is a Dollar Spent Rob Zacny 35 Comments