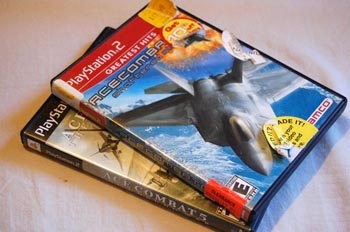 Used game sales are a thorn in the side of many industry executives but in a recent interview, Marc Mondhaschen of Game Crazy pointed out that publishers do in fact benefit from the sale of pre-owned games.

The debate over the evils of used game sales has been raging for some time now. Numerous high-profile industry figures have decried pre-owned game sales for their negative impact on the industry; Nintendo's Reggie Fils-Aime went so far as to say they're bad for consumers. On the other side of the coin, an increasing number of retailers are embracing the practice to varying degrees and it's clear that used game sales aren't likely to go away anytime soon.

But as Mondhaschen, director of used games at Game Crazy, pointed out, that's not necessarily bad news for publishers. While they don't see any direct revenues from used game sales, he said they do enjoy certain other benefits.

"We did a study not too long ago for a very large vendor who we managed to figure out for them 20 percent of their sales inside the first 28 days were paid for with trade dollars," he said in an interview with IGN. "So you got 20 points of their sales that wouldn't happen unless we had a trade business going. And that's specialty retail. Game specialty retail is maybe a third of the channel, 35 percent of the channel. So you got 10 percent of your sales that wouldn't happen unless somebody was out there trading games with your customers."

"And if you didn't have specialty retail it would be pretty hard to sell innovation into the channel at all. I mean, Wal-Mart doesn't really buy Katamari Damacy," he continued. "So, in order to innovate, in order to grow innovation in the business you need a specialty games retailer that actually knows something about videogames. And in order to have them, they need the margins through used games. But then the loopback, the way publishers get cut in is through trades. Because trades go to purchase new games."

He also pointed out how the rise of downloadable content for games has created a "sympathetic business" that results in increased retail revenues for publishers as well. "As an example, when The Lost and Damned (L&D) came out we started selling a whole lot more Grand Theft Auto 4, both on the new side and on the used side," he said. "Which, then, sort of funds people's ability to go play L&D again. And then the trade business funded all those L&D cards that showed up in stores."