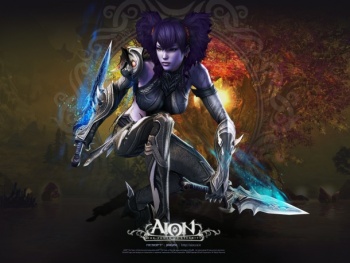 With two weeks to go until Aion officially takes wing in the West, the game is "looking healthy" according to NCSoft, with 300,000 activated pre-orders under its belt.

Aion is already a confirmed success in Asia - we know that much for certain - but for many, the real test will come when it launches here in the West at the end of the month. Even the most popular Eastern MMOGs face heavy opposition when launching in North America and Europe, in part due to cultural oddities and in part (sadly) due to poor localization - a fact which the Aion team has worked hard to avoid.

Perhaps it's paying off, too. As Véronique Lallier - Managing Director for the European publishing division - told VG247, Aion is on a nice track so far, continuously in the "best-selling" lists on services like Steam and Direct2Drive.

"Aion's starting to achieve nice numbers," said the boss. "We are over 300,000 activated pre-orders in the West.

"It's looking healthy. It's nice and healthy two weeks before the launch... It looks very good at the moment."

300,000 may not seem like that much, given that last year both Age of Conan and Warhammer Online launched with around a million players each, though their install bases quickly shrunk. Still, even in the post-WoW world, 300,000 is nothing to sneeze at, and is certainly a sustainable population.

The real trick, of course, isn't getting the numbers at launch - it's keeping them there, a fact that Lallier recognizes: "The next thing to prove, of course, is that we can keep this up. I think there's a solid audience out there eager to play a new MMO, so I think we're on a good path."

Aion hits North America on September 22nd, and Europe on the 25th.