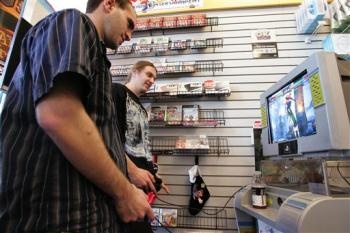 The majority of gamers tend to trust word of mouth when it comes to finding out about games, according to a new study from research firm The NPD Group.

Forget what we here at The Escapist might tell you, because apparently most of you all out in gamer land would prefer to get all your game-related info from your peers. That's the upshot of a new report done by The NPD Group, which found that the majority of gamers rely on word of mouth to find out about games. It's okay, we're not offended.

This shouldn't be altogether surprising. People trust their peers, whether that's the people they know in real life or on online communities like our very own forums. The testimony of a person about a new game would carry more weight than a flashy magazine or website ad, obviously. Does that speak to the idea that gamers aren't the gullible sort who'll fall too easily for the allure of a flashy marketing campaign? I wouldn't give us that much credit just yet.

The results were gathered from a survey of some 20,000 gamers. So it doesn't speak to everyone, but I think it does have some grain of truth to it. What about you guys, though? What's your primary way of getting info about games? Word of mouth? Me? You should all pre-order Just Cause 2, by the way.

Inside Job: Censorship and You Erin Hoffman 20 Comments