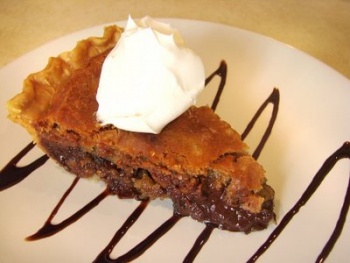 Aimed specifically at PC games, the service will "offer new releases, independent and classic titles as well as free-to play games," according to GamesIndustry.biz.

If that mission statement seems at all familiar to you, that may be because it's essentially the same concept behind Steam, Direct2Drive and every other digital distribution platform in existence. For that matter, it also describes console-specific platforms like the Xbox Live Marketplace and the PlayStation Network.

Being an organization best known for games journalism, Eurogamer is well aware of this fact, so why would the company suddenly opt to dive into such a hotly contested marketplace? To put it simply, they were asked politely.

"We are often approached by indie developers who want us to help them market and sell their games," said Eurogamer co-founder Rupert Loman. "With this new service we can put fantastic content in front of our large audience of games enthusiasts."

I'm of a mixed mind on this venture. On the one hand, the hyper-American, capitalist side of my personality is cheering Mr. Loman on while screaming terribly context sensitive corporate slogans like "Just do it," and "What can brown do for you?"

On the other I'm wondering how exactly Loman thinks he can compete with established digital distribution behemoths -- specifically Valve's Steam service. Maybe he knows something no one else does, or maybe Get Games only caters to the British, but it looks like Loman's firm has a lot of work to do lest the firm be trampled by the giants of digital distribution.