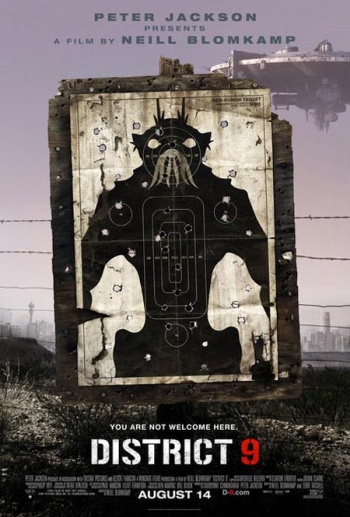 Sci-fi movie/political allegory District 9 has come under fire from the Nigerian Government.

It's not just ads for the PS3 that are rattling the cage of the Nigerian Government, as now they are attacking sci-fi movie District 9, which it alleges shows Nigerians in a bad light.

"We feel very bad about this because the film clearly denigrated Nigeria's image by portraying us as if we are cannibals, [or as if] we are criminals," said Nigerian Information Minister Dora Akunyili, "The name our former president was clearly spelt out as the head of the criminal gang and our ladies shown like prostitutes sleeping with extra-terrestrial beings."

The Nigerian Government is so incensed by the portrayal of Nigerians in District 9 that it has ordered its national film ratings board to ask all cinemas to stop showing the film and has demanded that Sony, who produced the movie, edit it to remove "all offending portions that injured our image as a nation".

Ms Akunyili said that the Nigerian Govenrment is demanding a full and unconditional aplogy from Sony for what she described as an "unwarranted attack on Nigeria's image." This fresh attack on Sony is part of a campaign by Nigeria to rebrand the country after letting the international community define the country's image by the behavior of a handful of criminals for far too long

But whilst not wanting to be known as a nation on con-artists and criminals is understandable, is being known instead as the country that complains all the time is perhaps that much of a step up?