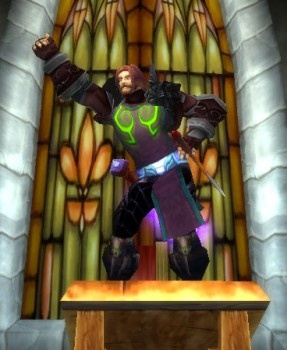 Some people will do anything to be the best, even paying a random stranger what seems like a boatload of money.

A poster on the San Francisco Craigslist jobs listings will apparently pay a ton of money to whoever can assist him (assuming that the poster is a man) in achieving a high World of Warcraft arena rating. He is looking for a hardcore arena healer that can also play a Death Knight on the Eitrigg PVE server.

My gut reaction tells me that this guy probably has burnt a few bridges, has a bad reputation on his server, and now needs an outside party to bring him back up in the standings. Then again, maybe he just can't find anyone to play with. He's offering "$50.00 (USD) per hour played, and it goes up to $100 (USD) per hour played after rating of 1850, plus a bonus of up to $5000 (USD) for a rating of 2350." That's big money for playing a video game, no?

Respondents must "be at least a Rival+ in arena healing," "be able to play at least 3hrs per day during the week and 5hrs over the weekend," "and will also need to be able to play a DK to farm honor for items." Though he's not asking for references, you also "*MUST* be trustworthy, helpful, have vent WITH MIC, and not have an holy-then-tho attitude." I'll be whatever he wants for the kind of money that he's paying, but I can't say I wouldn't play a bit of Peggle while on the clock.

The payment here seems so high that it almost could be fake, but I can completely understand someone being willing to pay for this service. Good PvP partners are not easy to find, especially ones that will play whenever you want. I've never wished that I still played World of Warcraft more, and that I wasn't such a carebear when I did. Looks like someone will be living the dream soon: getting paid to pwn noobs.