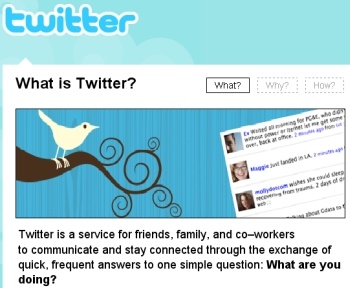 Fake Britneys and Dubyas beware, Twitter is coming for you.

Remember the guy who pretended to be Cliff Bleszinski on Twitter? Perhaps then you also remember that Epic shot him down, forcing him to make it very clear that he was not the real Cliffy B.

That kind of thing is about to get a lot more common after Twitter was sued by Tony La Russa, manager of the St. Louis Cardinals, over an imposter who used La Russa's name to make satirical remarks about the Cardinals. Ewan McGregor is also said to be considering legal action after a fake account using his name posted about his personal life to an audience of 20,000 followers

Impersonations of real people are not allowed on Twitter except in cases of parody, which must be clearly marked as such, but Twitter does not require any proof of identity, making it almost impossible to prevent. But all that is going to change, as the site tests a system to verify celebrity accounts as genuine.

"We're working to establish authenticity, starting with well-known accounts that have had problems with impersonation or identity confusion," a Twitter spokesman said.

Damn, there goes my dream of being a Bobby Kotick impersonator...