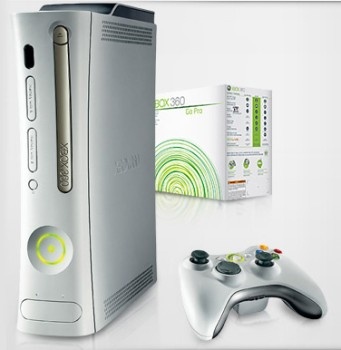 Is the Xbox 360 Elite still too much for your taste at $299? Microsoft is offering a $50 rebate on all new 360 Elites sold between now and October 5th - as long as you're in the United States.

Beginning today and running through October 5th, when you purchase an Xbox 360 Elite for $299, we'll kick back fifty-bucks your way in the form of a rebate. Cash money. This is for US purchases only, and you should visit Xbox.com/eliterebate (when it is live later today) for details and rebate requirements. Read the official press release here.

I suppose it's a pretty good deal - a $249 360 Elite is a hundred and fifty smackers less than what this would have cost you last month - but honestly, rebates are always a little irritating to go through. Also, if you bought an Elite yesterday, I guess it just sucks to be you!

It's not hard to interpret this as Microsoft feeling pressure from Sony on the price front with the Elite and PS3 Slim both $299, and even a $50 gap would give the company some much-needed breathing room. But you know what would give Microsoft some breathing room plus earn it some consumer cred? The software giant should just screw the rebate and make the $249 price the standard - which would probably take the growing wind out of Sony's sails pretty darn quickly.

At any rate, if you still haven't picked up a 360 - and aren't holding out on the Modern Warfare 2 bundle - and are in the USA, now might be the best time to go ahead and drink the Kool-Aid.