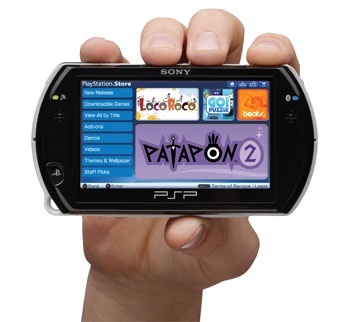 Sony is offering three free games to PSP owners who upgrade to the new PSP Go.

The PSP Go Rewards Program will give anyone who owns a previous model of PSP and at least one UMD game three new games at no charge when they upgrade to the PSP Go. To get the free stuff, gamers must first register their new PSP Go on the PlayStation Network, then log into PSN with the older PSP and a UMD in the drive. At that point, a special PSP Go theme will be made available and a voucher for three games on the system will be provided via email.

PSP Go owners will be able to choose from the following list of games:


"These can either be games from your current UMD collection or 3 new titles," Sony said on the PSP Community Forum. The program will run from October 1, when the PSP Go launches, to March 31, 2010.


So what do you think, potential PSP Go-getters? Is this a good deal or what?