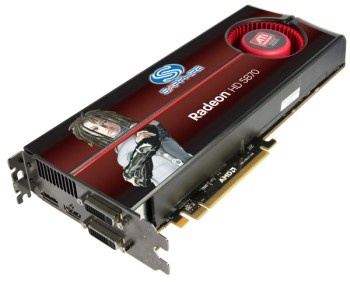 Nvidia and AMD are shooting spitballs at each from across the room with snippy questions and snarky answers about support for DirectX 11 in the newest line of Radeon video cards.

There's an interesting sort of relationship going on between GPU makers Nvidia and AMD, which bought ATI in 2006, and technology site TweakTown. Apparently, as the launch of a new AMD product nears, Nvidia contacts the site to find out if they have sample video cards and when they do, sends them a few tough questions they think need to be asked. So when AMD took the wraps off the Radeon HD 5800, the first video card to support DirectX 11, Nvidia was there, ready to be helpful.

This time, however, TweakTown decided to let AMD speak for itself. The site forwarded the questions to the company and eventually received a response from Chris Hook of AMD Global Communications, who pulled no punches in his answers. Asked when GPU-accelerated Havok games might actually start shipping, Hook pointed out that Nvidia's own hardware-based physics solutions, PhysX, hasn't exactly set the world on fire. "PhysX has been around for years and years, but today, GPU-accelerated PhysX titles are still in the single digits," he said. "The physics experiences that many of those titles delivered have disappointed gamers and were widely panned by the press worldwide. GPU accelerated game physics will only be accepted in the marketplace when industry standards are embraced."

He was even blunter in response to a question about why AMD is focusing on DirectX 11 when "most games are on DX9 console ports," saying, "If NV was able to produce a DirectX11 card today, they'd be delivering a much different narrative on DirectX 11 to the press. If NV really believes that DirectX 11 doesn't matter, then we challenge them to say that publicly, on the record."

I knew the competition between AMD and Nvidia was intense but I had no idea it was so nasty. Shane Baxtor of TweakTown, meanwhile, claimed the site wasn't trying to stir up any trouble between the two companies. "NVIDIA asked the questions, though, and we thought that it was just fair that we get an answer to them," he said, adding that he believes such exchanges are good for users. "It keeps users informed of what's happening in the market and just is generally helpful information," he continued. "Hopefully it is questions and answers like these that push more PhysX or Havoc enabled games on the market while also getting people excited about Direct X 11 and what it's going to offer over the years."