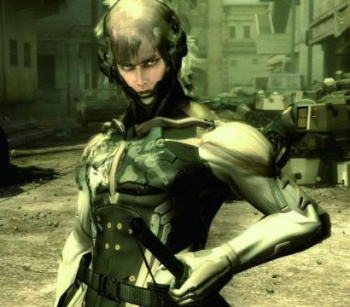 Ray Kurzweil theorizes that in around 20 years we could all be immortal cyborgs.

Ray Kurzweil is a scientist, inventor, author, futurist... well, let's just say he's a smart guy. In some of his recent writings he predicts that the technology shown in videogames like Metal Gear Solid 4 could actually become a reality. If Ray Kurzweil is correct, Old Snake and Cyborg Raiden would be just another two dudes walking down the street.

Basically, Kurzweil believes that human understandings of genes and computer technology are advancing so fast that in around 20 years we could incorporate nanotechnology into our very bodies. Kurzweil says that this nanotechnology would "reprogramme our bodies' stone-age software so we can halt, then reverse, ageing. Then nanotechnology will let us live for ever." I hope the man is right, because ever since I was a kid I wanted to be a Highlander, and this way I wouldn't have to go around chopping off everyone's head.

If immortality doesn't grab you, Kurzweil believes that nanotechnology will also make us cyborgs that can do really cool things. Have trouble holding your breath underwater? Kurzweil says nanobots will allow you to take a four hour dive. Get tired when you run? The same nanobots will also allow you to sprint for 15 minutes. Artificial limbs and organs will not only be used for medical use, but apparently for recreational use too.

And, writing this article requires a bit of thought on my part, but it won't once I get my injection of nanotechnology. Nanobots could also boost our intelligences so that we will be able to "write books within minutes," according to Kurzweil. The mental alteration doesn't end there either; Kurzweil also predicts that we will be able to shut down our brains to go into "virtual-reality mode." Once in this mode, we would be able to see or do anything, including "virtual sex [which] will become commonplace." Of course, this is all speculation, but theoretically possible someday.