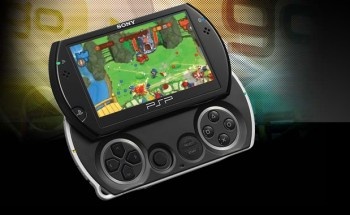 The digital-distribution-only PSPgo has come under fire from various retailers, but Sony's fine with that - in fact, the company expected more negativity from retailers than it actually got.

Up until now, it wasn't all that hard to imagine some collars being frantically loosened at Sony HQ over the impending launch of the PSPgo. Thanks to the handheld's digital distribution plan for games all but cutting retailers out of the loop entirely, various specialty retailers in the Netherlands, the UK, and Australia have announced that they will not be stocking the device at all.

Bad news for Sony, right? The people whose livelihoods depended on this thing doing well would be a bit nervous about the whole shebang, don't you think? Apparently not, though - Claire Backhouse, the product manager for the PSP in the UK, told GI.biz that Sony had actually anticipated more retailer backlash than what was actually happening:

We were very aware of concerns when we went into it and I actually expected a lot more negative responses than we actually got. They were really quite fine with it. They see it as a way of getting people into the store because it's new interest, a new product. And they've had such strong sales as well of PSP 3000 almost off the back of it. If you bring out a new product, people aspire to that but they might not buy it, they might buy the PSP 3000 instead. Especially if they're part of a family - dad might buy the PSPgo but the kids might get PSP 3000s. I think that works quite well for us.

You heard it from the horse's mouth, folks - retailers like the PSPgo because it'll help sell the PSP 3000. At least, that's what I think she's saying.