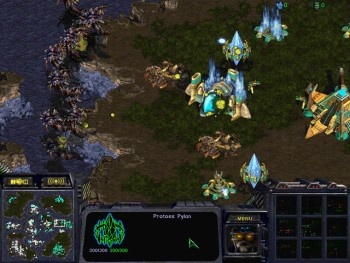 An 18-year-old StarCraft player has been committed to psychiatric care for repeatedly stabbing a 15-year-old girl after his internet connection dropped while he was in the middle of a game.

The teenager, from Sweden, was apparently driven into a homicidal rage when his internet connection went down during a hot-and-heavy game of StarCraft. Rather than calling his ISP or troubleshooting his hardware, he decided that the appropriate course of action would be to grab a kitchen knife and go for a late-night walk.

While strolling through his neighborhood, he came upon the victim, who was returning home from a party with a friend. Fortunately, despite being stabbed multiple times, none of the girl's injuries were life-threatening. The perpetrator was arrested after his father discovered the knife, with blood on it, in the house.

While the prosecutor in the case sought a verdict of attempted murder, the court found the knife-wielding teenager guilty of attempted manslaughter instead because of his "mental health condition" and the fact that he apparently had no actual intent to kill the girl.

It's never fun to read about someone being stabbed but the report by Swedish site Metro does give the incident a certain "news noir" edge to it that I can't help but find amusing. The Google translation takes a toll, naturally, but this is still great stuff. "His thoughts became even darker when the internet connection was broken and he could not continue the war game StarCraft," the report said, reading like some kind of awesomely Engrish Raymond Chandler short.

"The computer-game-fixed 18 year old suddenly had no internet connection to function," it continued. "His dark thoughts about what it would be to kill made him suddenly grabbing a kitchen knife and go out into the residential area late on Saturday night."

The report claimed the incident, which actually took place on August 9, was one of "many unusual acts of violence" committed by teenagers this summer, although there was no suggestion that any of the other crimes were related to gaming.