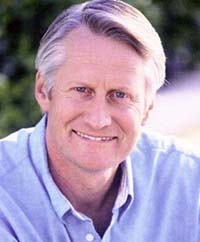 Nintendo has more Mario titles in development than you are currently aware of, can you believe it?

Charles Martinet, the voice of Mario, has revealed with a few tweets that a new Mario videogame is in development other than New Super Mario Bros. Wii and Super Mario Galaxy. It began over a week ago with this: "Mama Mia!!!! I'm going to Seattle this week to record a new Mario game! Woo Hooo!!!!! I can hardly wait!!!!1"

Martinet is so happy to be who he is that it's perfectly understandable that he types ones instead of exclamation points. Just in case you weren't aware, he not only does the voice of Mario, but also Luigi, Waluigi, Baby Mario, Baby Luigi, and Wario, amongst others. This guy's got it made, doing voices that we all probably do just as well in our homes.

So there you have it, the Mario videogame franchise will continue beyond what has been officially announced. Will it be the sequel to Mario is Missing that the world, no, the entire universe, has been waiting for? Could it be... gasp... Mario Party 9? Or maybe Nintendo will skip right to Mario Party 10 and it'll be a MMOG? Any of those would be awful; hopefully it'll be an awesome new creation. My money is on a new 2D Mario for the Nintendo DS, though I've only bet a penny because Mario is associated with so many properties that it could be anything.