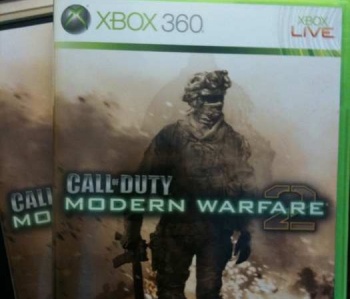 Speaking about the upcoming Modern Warfare 2 in a podcast, Infinity Ward Community Manager Rob "fourzerotwo" Bowling dropped a bombshell that has the die-hard PC gamers reeling: Not only will Modern Warfare 2 not support user-created mods, but the game will not support dedicated servers for multiplayer - instead, the PC version will use the same peer-to-peer matchmaking formula of its console brethren.

"The team's focusing on having it very equal on every platform," said Bowling, and it's true that lack of a traditional PC server browser - where players are able to sort dedicated third-party servers by gametype/map/players/ping/etc. and choose which one they want to join - has hardly crippled the popular console versions of the first Modern Warfare. In theory, the "console" archetype simply distributes the hosting load to the player with the best connection - and should they drop, it smoothly finds another host who can continue the match.

Predictably, this change has PC gamers going nuts, sparking some Modern Warfare of their very own. Also predictably, there's an online petition up asking Infinity Ward to reconsider the decision, which at last count is approaching an impressive 100,000 signatures. DICE's KM Troedsson, Executive Producer of the Battlefield series, fired back at Infinity Ward's decision via his Twitter account: "Dedicated servers FTW. What ever secures a better online experience is a given for us."

At first glance, this seemed to be - and on some level, continues to seem to be - a classic example of "They Changed It, Now It Sucks." I could understand the furor over the lack of mods, since mods are always fun, but - of all things - complaining because we're not using traditional server technology? Are all FPS games going to have to have a server browser from now until the end of time? What happens when genuinely better tech comes along?

Let's face the music, PC gamers: Server browsers are usually clunky and unintuitive. In trying to teach a (non-PC-gaming) friend how to play TF2, the first twenty or so minutes were just spent on how to sort through and select a server. I know that we PC gamers like to think of ourselves as an exclusive little club of special kids who hold high reign above those console lowlifes, but really? Are people really complaining about a more easily accessible game with modern matchmaking technology?

I was about to conclude with something along the lines of "At least the StarCraft LAN complainers actually had at least one valid point," but then PC Gamer's Tim Edwards threw his hat into the ring. The two incontrovertible points there seem to be "they make moderation easier to enforce" (as long as the players providing the servers are dedicated) and "they create communities." Even then: It might be true that they create little insular communities (even if I'd be willing to bet most gamers just pick servers primarily based on map/ping/how full they are), but couldn't one argue that Infinity Ward is simply trying to make one larger community?

In the end, though, this is just sound and fury, signifying nothing. Infinity Ward will probably not be swayed, Modern Warfare 2 will come out as planned, everyone who hemmed and hawed over this will still buy the game (though they'll still complain) and it will sell a hojillion bazillion copies.

Update: Or maybe not. Quoth the very same Bowler, in response to the controversy: "Definitely made a big wave, and the response will not be ignored. I'll ensure everyone at IW sees the petitions and responses to it."