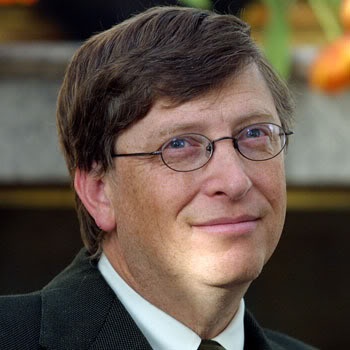 The litigation-happy Erik Estavillo has decided it's time to take down Microsoft's big man in charge: Bill Gates.

Bill Gates may have met his match in Erik Estavillo, a modern-day cowboy of sorts that is holding major corporations responsible for screwing up his ability to play videogames. A simple search for Erik Estavillo will reveal the history he has with Sony, Blizzard, and other companies. Estavillo has now subpoenaed Bill Gates to appear in his recent lawsuit against Microsoft, where Estavillo seeks $75,000 in compensation for his Xbox 360's red ring of death and the sadness it created in his life.

Estavillo has demanded that Gates bring "documents pertaining to the true and relative number of actual Xbox 360 units that have been fixed by Microsoft over the past 3 years," and he also wants to know how many people have been banned from Xbox Live for piracy in the past year. As much as I think Estavillo is a little bit... over-zealous, I wouldn't mind finding out the truth about the Xbox 360's failure rate either.

Of all Estavillio's lawsuits, this may be the only one that has an inkling of merit, so he of course had to go and mess it up by subpoenaing one of the richest men in the world. Bringing a multi-billionaire into a somewhat frivolous set of lawsuits is a sure way to get your case thrown into the trash, compacted into the size of a pebble, and launched into the sun. That is, if Microsoft didn't have plans to do that already. If I was Estavillo, I would have called in Xbox 360 tech #74, not Bill Gates, who isn't even working full-time at Microsoft anymore.

GamesPolitics contacted Estavillo and found out that he doesn't have any more lawsuits planned for the near future. However, as he's already sued Microsoft, Nintendo, Sony, and Blizzard, I would wager that his next target will be EA, or maybe even the United States government.