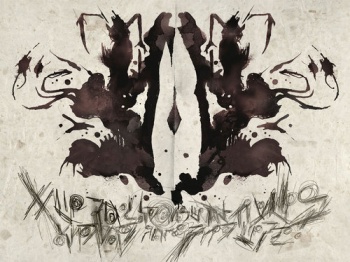 Electronic Arts has made it official: Dead Space 2 is on the way.

After teasing the sequel to the critically-acclaimed Dead Space with a Rorschach blot and some Unitology script over the weekend, EA confirmed today that Dead Space 2 is in the works. The new game will feature the return of Isaac Clarke, the hero of the original, as he meets news characters and employs new tools to slice and dice the Necromorph onslaught. "Survival isn't the only thing on Isaac's mind in Dead Space 2," the publisher said. "This time, he calls the shots."

"The infection continues to spread throughout space and our hero Isaac Clarke is the only person able to contain it. There are still loads of Necromorphs that need killing!" said Dead Space 2 Executive Producer Steve Papoutsis. "In Dead Space 2, not everything is exactly as it seems. Expect plot twists that will surprise you and a huge cast of twisted, disgusting monsters that are sure to scare the daylights out of you."

I'm not sure how I feel about the apparent "Rambofication" of the intrepid Mr. Clarke in the new game, but it's way too early to get worked up over that. At this point, I'm just happy to hear that the saga will continue. Dead Space 2 is currently in development at Visceral Games for the PC, PlayStation 3 and Xbox 360. No release date has been announced.