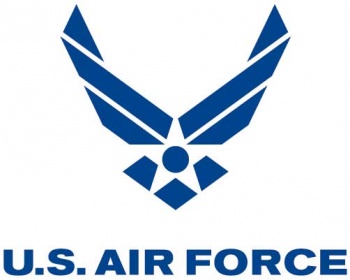 The United States Air Force has plans to use PS3s to help modernize its supercomputer systems through distributed computing.

In a requisition order dated on November 16th, the United States Air Force Research Laboratory (AFRL) asked to buy 2,200 PlayStation 3s. The consoles will not be used to play games or to find child pornographists, but instead they are part of a research project to help modernize the military's super computer systems. The AFRL in Rome, N.Y. is interested in the Cell chip technology used by Sony to build PS3s. After pricing out competing chips from IBM or Intel, the research team discovered something that some gamers already know: game consoles cost way less than the materials used to make them. It's called a loss-leader, fellas.

Arguably, Sony got the ball rolling using distributive computing by releasing [email protected] to run computing cycles on PS3s when the consumer was not using it. It is not clear whether they anticipated that consumers and even governments would realize that they were selling the cheapest computing power on the planet, and try to exploit that.

The Air Force has been experimenting with linked PS3s for some time. Right now, the ARFL has 336 PS3s linked together in an Linux-cluster but they are looking to expand the experiment. The requisition puts it this way:

In laymen's terms, they can get three quarters the processing power from a PS3 than they can with two other chips, for less than 8% of the cost. That makes it a sound business decision for the research team, but Sony would certainly get the shaft. The Air Force is not going to buy the games that would make 2,200 purchases even close to being profitable for the console manufacturer. If I were Sony, I would try to put the kibosh on this right away. Of course, I can hear the current shill on their commercials really running with the PR: "Sony PlayStations can indeed do everything, even build supercomputers for the United States Air Force!"

The technology is interesting. Putting that many consoles into an array in order to maximize computing power is pretty cool, and, from their perspective, they are being smart with their money. But it seems like the brains behind it need to think about the politics and the economics of the situation a little more. The only reason these consoles are cheap is to sell games and if an entity of the US government snatches them up to create a super-computer Skynet, then the games industry is in trouble.

Also, the machines will rise.