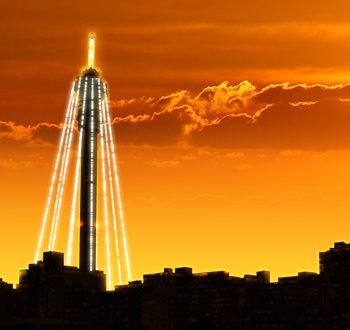 For many in the Northern Hemisphere, the Christmas season means snow, pine trees, and brand-new gaming consoles. But in Johannesburg, South Africa in 1991 it meant the heat of summer and a knockoff Famicom - but equally precious memories.

Here in America, there's undeniably a vision of an "ideal" Christmas, popularized by films like A Christmas Story and classic Christmas carols. You probably know what I mean - curled up with your family in front of a fire, opening presents under the tree as snow drifts to the ground lazily outside your window. But this idealized American Christmas is rarer than it sounds - but does that make the fond memories of spending time with your family any less precious? As John Szczepaniak writes in Issue 231 of The Escapist, Christmas in Johannesburg, South Africa, looked very different from Bing Crosby's "White Christmas."

For that Christmas in 1991, all he and his brother wanted - more than anything - was a knockoff clone of the Famicom (aka the NES). To read about a young boy's holiday dreams coming true in a Johannesburg Yuletide, read "Christmas in South Africa" in Issue 231 of The Escapist.

Love the Coopers - Don't Tell Me What to Do! Marter 4 Comments
Comments on