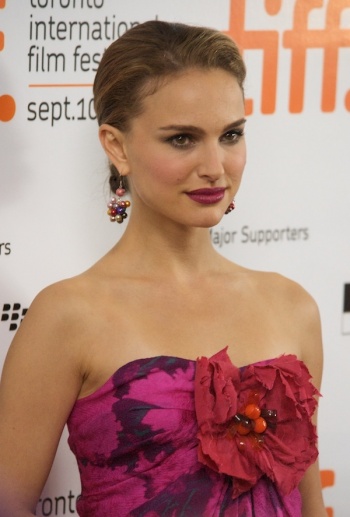 Actress Natalie Portman will be stepping into the shoes of Jane Austen heroine Elizabeth Bennet to slay zombies and fret about social standing in the film adaptation of Pride and Prejudice and Zombies.

It's been almost a year since we first learned about Pride and Prejudice and Zombies, Seth Grahame-Smith's horror adaptation of the beloved novel that mashes up Jane Austen's 1813 classic with scenes of zombie attacks, cannibalism and battles against ninjas. In Grahame-Smith's version, the five Bennet sisters must not only contend with questions of love and social standing, but must use their martial arts training to moonlight as hunters of the living dead.

Now, courtesy of Variety magazine and the Beeb, the cat is out of the bag: Actress/director Natalie Portman will be producing a film adaptation of the book for Canadian indie studio Lions Gate. Portman will also be starring as heroine Elizabeth Bennet as she battles things that should not be alive (much like co-star Hayden Christensen's career after the Star Wars prequels).

Portman, who holds a degree in psychology from Harvard University that she earned while working on the three new Star Wars films, is known to have a sense of humor about her work - which certainly explains her Saturday Night Live "Natalie Portman Rap."

That's pretty much all the information we have right now: Natalie Portman will be killing zombies as a turn-of-the-19th-century Austen heroine. But let's be honest - do we really need anything more than that?