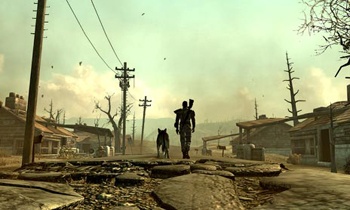 A preliminary injunction filed by Bethesda against Interplay over the proposed Fallout MMO has been denied by a District Court Judge.

Bethesda's complaint against Interplay is twofold, citing a breach of contract over the MMO, and that the packaging of the Fallout Trilogy is misleading, making consumers believe that they are buying Fallout 3. The injunction, which would have prevented the beleaguered Interplay from selling the Fallout Trilogy compilation or from working on the Fallout MMO, was denied by Judge Deborah K. Chasanow for undisclosed reasons.

Bethesda bought the rights to the Fallout franchise from Interplay in 2007 for nearly $6 million, and licensed the rights for an MMO back to Interplay. According to Bethesda, Interplay failed to meet its contractual obligations by not securing funding, or beginning full scale production on the game by a designated time.