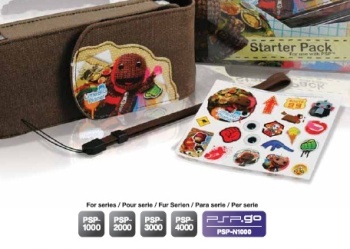 The appearance of an ad outing the PSP-4000 last week was a mistake, according to the company behind it, which is of course exactly what it would say if it was trying to cover up the fact that an official announcement about Sony's new portable game system is right around the corner!

Word slipped out last week that the PSP-4000 was on the way thanks to an ad by Accessories 4 Technology which said that its products are compatible with all models of the PSP, including the currently non-existent PSP-4000. Rumors about the new system have been bouncing around for at least a year and while Sony had nothing to say officially, this appeared very close to being the icing on the cake.

Apparently it isn't, however. While Sony took the standard "no comment on rumor and speculation" route, Accessories 4 Technology License Manager Angela Angela Jones told Negative Gamer that the ad was a "mistake on our part" and that she wasn't sure how it happened. Furthermore, she claimed that as far as she knows, Sony isn't releasing a new handheld.

But what else is she going to do? Confirm speculation about the new system before Sony even announces it? There's no doubt that the addition of the "PSP-4000" tag to the ad was a mistake, but that doesn't necessarily mean it's not true. Officially, however, we can call this rumor squashed.