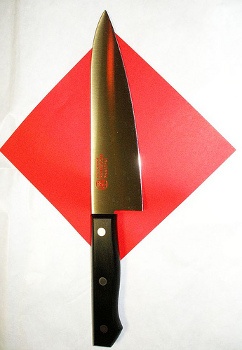 A Scottish woman was found guilty of stabbing a 13-year-old boy with a kitchen knife for refusing to stop playing his Xbox.

The 55 year old woman, Isobel Mackenzie, purportedly lunged at the boy and stabbed him in the stomach with a kitchen knife during a fight (or as the Scottish call it, a row.) They were fighting because of the boy's usage of an Xbox and a computer. The woman admitted to being drunk while the boy was under her care, but denied that she had attacked him with the intent to hurt him. Her claim was that the boy hurt himself in order to get her in trouble. Mackenzie was convicted by a jury in Inverness after a 3 day trial. The woman avoided jail-time, but was sentenced to 300 hours of community service.

Here is a sample of the kid's testimony:

She hit me on the back of the head. I stood up and pushed her back. We started fighting. She pushed me back down on the chair. I saw she had a knife. I got up and tried to push her back, and then got stabbed. She lunged at me.

It seems there has been a rash of violence by parents or caretakers to control the gaming habits of their wards. Which, of course, is the most ironic thing I've written all week.

Movies and TV: Xbox Originals Has A Deadlands Series: Here's The Need To Know JonB 4 Comments