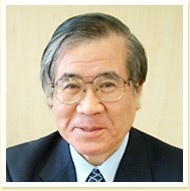 The in-house astrologer for Japanese videogame mag, Famitsu, spouted vague prophecies about what the videogame industry will face in 2010.

Yes, Famitsu has an astrologer on staff. Savor that fact for a moment. Why don't we have a professional prognosticator here at The Escapist? Oh right, because astrology isn't real. We might as well have a staff phrenologist.

Despite their lack of efficacy, Yusho Fukuda's horoscopes are actually syndicated in many Japanese newspapers and magazines. He offered Famitsu some choice predictions for the video game industry in 2010 for their end of the year issue. In keeping with the grand tradition of astrology, his prophecies are extremely vague and difficult to prove or discredit. Some of his predictions are quoted below, as translated by 1up:

2010 will be a much livelier year for the industry than this one. A game will come out in the first half of the year that will touch off a major boom, and another game will follow upon that in the second half. In April, a new game will attract attention for a gameplay system that involves 'changing' or 'trading' things. It'll become very popular on the Internet in particular.

Hmm, a game about trading or changing things on the internet. That could mean a new broswer MMOG or maybe an Animal Crossing-type title. Or maybe, any freaking game ever made? I mean, every game has to do with changing things, doesn't it?

Nintendo will continue to expand their sales with their stable way of doing business. They will be pushing a variety of popular titles, as well as their sequels. They will have major releases in the spring and fall, and the autumn game will receive the most attention as Nintendo will be spending the summertime advertising it.

Wow, sequels and popular titles? Nintendo should hire this guy! How did he know that Mario Galaxy 2 was coming out?

Microsoft will avoid direct competition with other companies, instead expanding its sales at its own pace. Their most successful title this year will involve adventuring around the world, or examining a map and doing something based off that.

Which could mean anything from an RPG to an FPS. Way to cover your bases, Fukuda!

The darker prophecies are actually the most specific:

As we go into May, a great deal of games will be delayed, and a number of problems within the industry will make things difficult for smaller businesses. There will be friction between publishers in September due to issues related to distribution. We may see a price drop in hardware or software in November.

Predicting an industry-wide price drop before the Holiday season for what will then be a 5 year old console generation? Genius!