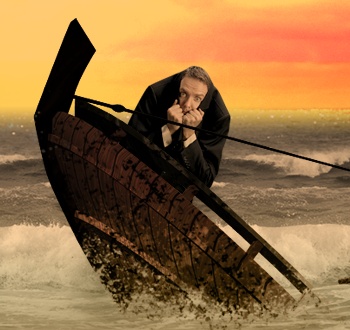 A former employee of Mythic Entertainment paints a sad picture of exultation leading to loss from his days with Warhammer Online.

Warhammer Online was an eagerly anticipated entry into the MMOG genre back in 2008. The WoW-killer was going to swoop down and steal player's hearts and subscription numbers like a majestic warhawk. Spirits were high and laughter quick at Mythic and the catered meals and branded swag flowed like water. But these halcyon days were short-lived. As Warhammer Online subscriptions fell and EA's profits shrank, layoffs to Jeremy Monken's customer service department were heavy as he recounts in issue 234 of The Escapist:

The first to go weren't surprises. [Customer service representatives] that were less adept with the software and less able to deal with customers stopped showing up. It was the third wave that had most people updating their resumes. People who had become our friends and mentors - guys whom we would all ask for advice or help with difficult issues - got cut. It became obvious that nobody was safe. The party was over.

Our department became more spread out as our neighbors were sent home. Most of us avoided speaking with our former coworkers lest we remind them of what they lost or remind ourselves of what was coming. It was a sad, lonely atmosphere. Every blank monitor was a gravestone.

It is never a happy story when a game fails to live up to expectations, but the it is even more depressing when the servers of an MMOG begin to feel empty. Compared to the desolation of Monken's former office at Mythic though, I am glad that I inhabited Warhammer Online as just a player and not an employee. Read the rest of his story to find out what's it's like to be a Casualty of Warhammer.