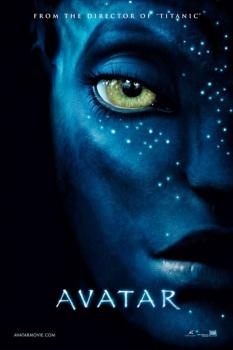 James Cameron responded to anti-smoking groups by claiming that the smoking in Avatar was meant to critique obsessive gamers.

The character played by Sigourney Weaver, Grace Augustine, is a scientist who demands a cigarette as soon as she is awoken from cryogenic sleep. Anti-smoking website, Scenesmoking.org, slammed Avatar for the scenes depicting Grace smoking as they believe such depictions encourage kids to start smoking. Cameron responded in the NY Times by stating that Grace was never meant to be a teen role model and that her character was an attempt to critique individuals who spend too much time in their avatar - online or in games - and don't care for their real human body the same way.

The reviewer at scenesmoking.org had this to say about the film, "In the world of Avatar, everything is modern and technologically forward, but obviously the creators were not thinking forward when they included smoking in several scenes of the movie." The reviewer is only identified as MP, and rates the film a "black lung" for its portrayal of smoking.

Director James Cameron said that Grace was not "an aspirational role model" for teenagers. "She's rude, she swears, she drinks, she smokes," said Cameron. "Also, from a character perspective, we were showing that Grace doesn't care about her human body, only her avatar body, which again is a negative comment about people in our real world living too much in their avatars, meaning online and in video games."

He continued to rail against any possible censorship of smoking in movies by saying, "I don't believe in the dogmatic idea that no one in a movie should smoke. Movies should reflect reality. If it's O.K. for people to lie, cheat, steal and kill in PG-13 movies, why impose an inconsistent morality when it comes to smoking? I do agree that young role-model characters should not smoke in movies, especially in a way which suggests that it makes them cooler or more accepted by their peers."

Cameron's final statement says it all. Smoking "is a filthy habit which I don't support, and neither, I believe, does Avatar."

I have to say, the point is awarded to James Cameron. Well done, sir.