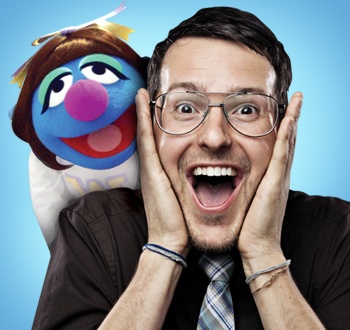 Many things can be taught about game design, such as theory and technique, but no one can instruct a student to possess the spark of love.

Jon Stevenson was a young man working in advertising in England when he saw an ad looking for an artist with The Muppets. There was no way he could get the job, he wasn't good enough and there were many more skilled artists who would no doubt be applying. It was a million to one shot, but he went to the interview anyway to show his meager portfolio. A receptionist took pity on the kid and let him in to a room where Miss Piggy, Fozzie and the rest were arranged on a table. He spent hours in there, drawing the characters that he loved. When Jim Henson walked by and saw the kid in love with the Muppets, he knew that he had found his artist. Colin Rowsell connects this story with his own career in videogame design in issue 236 of The Escapist:

The thing about big, goofy things like love is that it's easy to forget how simple they are, especially as you become an adult member of a society that's obsessed with money and very good at cynical manipulation. For a while now I've been trying to learn how to tell stories and create things. I'm even mad enough to try to make a living off it. I like getting excited and absorbed in what I'm doing and bouncing around like a little kid. But being a professional creator is tough work. You often find yourself doing things you'd rather not be doing - things that really aren't The Muppets, to put it another way. Sometimes, inevitably, amid the long hours and stress and creative cul-de-sacs and bills to pay, you forget the basic reasons for doing it in the first place.

Following your bliss is a big part of finding happiness in whatever it is you do. Read the rest of Your Job Is To Fall In Love and get ready to be inspired.

That Guy Just Turned Into a Puppet! Elizabeth Grunewald 17 Comments

Escape to the Movies: The Muppets MovieBob 86 Comments

The Rest of the Story Extra Consideration 83 Comments
Comments on