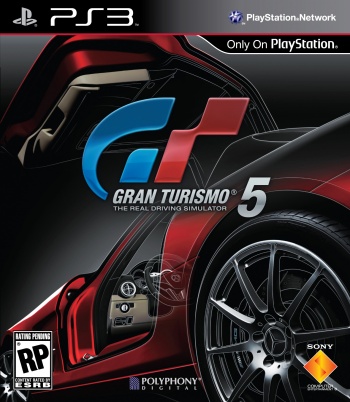 The perpetually delayed Gran Turismo 5 has been pushed back even further.

A few things are certain in the videogame industry: Duke Nukem Forever does not actually exist, Mario will be popping mushrooms until the end of time, and the Fantasy is never Final. Another is that Gran Turismo 5 will constantly be pushed back until it hits the edge of space, at which point it will be pushed into another dimension. The game is now one step closer to that end, with it being officially delayed from a previously anticipated March release date in Japan. It was expected in other territories around the summertime.

The wait since Gran Turismo 4 has already been a lengthy five years. Gran Turismo PSP, which was released in October, doesn't count, just because it doesn't. Normally when a game is delayed, another release date or at least a window is given to replace the old one. Gran Turismo 5's delay was accompanied by no such replacement, meaning that somebody is still figuring this out in a cold, dark room.

Gran Turismo 5 is reportedly already in the hole to the tune of $60 million, making me wonder if it even has the possibility of making a profit. Do people still care enough about Gran Turismo to buy that many copies? If not, I suspect we'll be seeing lots of DLC car and track packs. I guess we'll be seeing those anyway.

No official reason was given for the delay. Times Online suggests that the delay could have something to do with Sony wanting to position Gran Turismo 5 in a spot filled with fewer high profile PlayStation 3 releases. The end of February will see the launch of Heavy Rain, while the end of March is suspected to herald the return of Kratos in God of War III. It's possible that Sony wants to pump up its coffers later in the year with Gran Turismo 5. It's also possible that developer Polyphony Digital's Kazunori Yamauchi still can't let go.