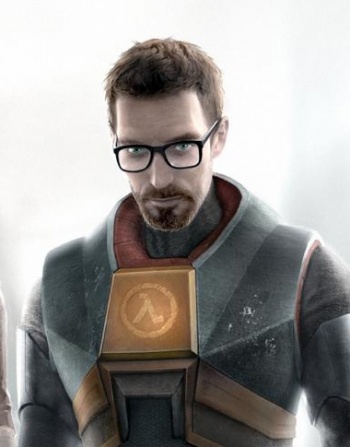 Valve fanboys, prepare your rage: You might not be finishing Half-Life 2 in 2010, if rumors are to be believed.

Way back in 2007, a particularly caustic-tongued Brit mentioned that beloved PC developer Valve seemed to be missing the point of "episodic" gaming: Shorter games, shorter development times, cheaper prices. While the Washington-based studio had the "shorter games" and "cheaper prices" parts down, it was struggling with the "shorter development times" bit of the equation.

Again, that was in 2007. It is now 2010, with no end to the Half-Life 2 trilogy in sight. And according to a report in the most recent issue of Game Informer, it won't be coming this year, either - dashing the hopes of all the Valve fanboys who were hoping that the company would be putting its efforts into finishing the game after shipping Left 4 Dead 2. This, of course, is despite reassurances from Valve boss Gabe Newell that the company was still working on it last August (after taking a break to learn ASL).

Not only will there be no Half-Life 2: Episode 3 this year, it's uncertain what form the game will actually take when it releases. Will it be a short episode like the others? Will it be a full-fledged Half-Life 3 to make up for the delay? Will Valve end up saying, "Screw it, let's just work on TF2, Portal 2, and Left 4 Dead 3"?

On the grand scheme of things, between the decade-long development of Team Fortress 2 and the missing-in-action Episode 3, Valve has surpassed fellow notoriously glacial development studio Blizzard in terms of "long development cycles," given that SC2 and D3 are actually playable in some form. But on the bright side, Valve still has a long way to go before reaching 3D Realms territory - after all, its games actually come out ... eventually.