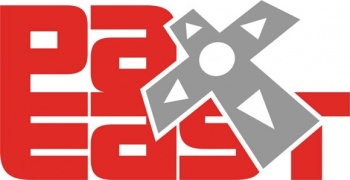 Planning on hitting up PAX East in Boston this March? You might want to get your badges now-ish, as the official site warns in no uncertain terms that they will sell out.

Here's a bit of a Public Service Announcement for all of you gamers out there on the East Coast of the USA: If you want to go to the first super-major videogame convention here on the Atlantic Seaboard - that's the Penny Arcade Expo East, of course - then you should purchase your badges now. A blog post on the official site warns as such, in no uncertain terms:

FACT. We will sell out of badges for PAX East Coast 2010.

If you want to go to the show, now is the time to register. Much like PAX Prime, based on what we're seeing on pre-registration numbers there will be NO BADGES AVAILABLE AT THE DOOR. I don't like to use all caps, but I felt me being rude for a minute there was worth trying to avoid some very angry people at the door in March.

We'll have details on the keynote and more in a few weeks!

So yes, there's really no way around that. There won't be any badges at the door; pick yours up now or forever regret your choice to hold off and wait.

Besides, I have it on good authority that a perplexingly high percentage of your beloved Escapist News & Editorial staff will be there, and you want to meet us, right? Of course you do.

PAX East will be held in the in Bahstahn (that's "Boston" as written with a horribly fake Boston accent), Massachusetts, from March 26th to March 28th '10.