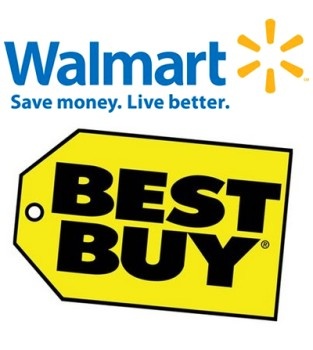 The used game trade-in trials at Wal-Mart and Best Buy have been brought to a close as e-Play, the company which provided the trade-in kiosks used by both companies, suspended its operations today.

There's gold in them thar preowned videogame hills, for anyone who can figure out how to find it. GameStop certainly has; roughly half its profits come from the sale of used games. In mid-2009 it looked like Wal-Mart and Best Buy had decided that they were going to muscle in on the action; both retailers launched test programs in conjunction with a company called e-Play, which provided in-store kiosks that rented games and DVDs at a rate of $1 per day and also employed an automated system to purchase used videogames from customers at fixed rates.

e-Play was never entirely clear about how it intended to make money on the traded games, saying only that it had a "couple different methods" for reselling them. It doesn't appear that any of those methods were terribly effective, however, because e-Play suspended operations today with nothing more than a recorded message on its 800 number advising customers about how to return rentals. The performance of the kiosks was "underwhelming," according to Sterne Agee analyst Arvind Bhatia, and the two companies have decided not to pursue the used game business any further, bringing the Great Used Games Experiment to a rather undignified close.

When the program was first revealed, some observers suggested that Wal-Mart's foray into used games could pose a serious threat to GameStop's domination of the market segment. Analyst Michael Pachter got it right, however, when he predicted that it would have little impact. "I can't see this having tremendous appeal to hardcore gamers, unless the credits are substantially higher than those offered at GameStop," he said. "Even if this takes off, it's not going to make much of a dent in the used market... I don't see it being a big deal."