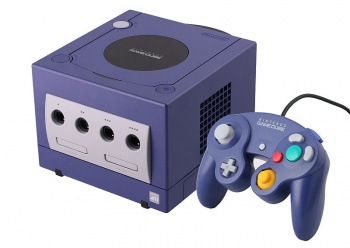 Sony's big talk about 3D being the future of videogames is so 2001, according to Nintendo.

Sony is a major competitor of Nintendo, so if Sony's strategy is to make 3D gaming big it would only be natural for Nintendo to come out against it no matter what the company's true feelings were. However, Nintendo President and CEO Satoru Iwata's recent comments about how unimpressed he is with 3D gaming could be more than just PR spin. It turns out that Nintendo had actually designed the Gamecube, a console released in 2001, with the ability to play 3D games.

The Gamecube was Nintendo's console of the generation previous to the Wii. It didn't quite catch on as well as Nintendo had hoped, selling fewer units than both of its major competitors: the Xbox and the PS2.

But, it apparently had capabilities that went unused. In a third quarter financial results briefing, Satoru Iwata said: "To tell you the truth, GameCube is secretly designed to load graphical circuits which display graphics for right and left eyes respectively, for a future possibility of realizing 3D gaming experience" Nintendo already "had interest in this technology," but decided against the use of it. So, while he's excited about the prospect of 3D movies that would last for two hours, his dislike for lengthier 3D gaming sessions could come from actual testing done with the Gamecube or earlier.

It's come out already that Nintendo may have turned down Project Natal, Microsoft's next big thing, and now Nintendo seems to have gotten to 3D gaming, Sony's next big thing, first as well. Nintendo was able to reap the rewards by getting a true motion-controlled console out the door before all competitors, and in addition to these stories it paints the company as the best of the big three at looking at ways to innovate within the videogame console space, aside from online gaming. Should we trust Iwata that 3D gaming and Natal will not live up to their hyped potential?