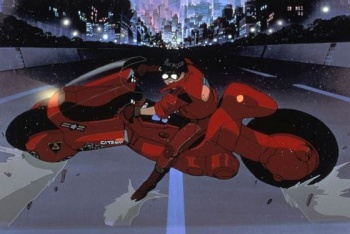 The classic manga Akira is to get the live-action treatment courtesy of the directorial team that brought us From Hell and Book of Eli.

Allen and Albert Hughes, the team that directed Book of Eli and From Hell, are in negotiations with Warner Brothers to convert Katsuhiro Otomo's Akira into a live action movie. The manga may be less well-known than the seminal 1988 anime movie, but both follow bike-gang leader Kaneda's efforts to save his friend Tetsuo from government scientists, following an accident that results in the unlocking of Tetsuo's enormous psychic power, and explore themes as diverse as friendship, societal pressure, isolation and corruption.

The screenplay is to be written by Iron Man writers Mark Fergus and Hawk Ostby and rather than adapt the existing movie, will split the manga, which is six volumes long and spans more than 2,000 pages, into two separate films, allowing the complex plot to be told in full.

For many, Katsuhiro Otomo's Akira anime was their first introduction to anime, so the news of a live-action version will either fill them with elation or with dread, depending, I suppose, on how much you trust the Hughes Brothers. I only ever read the first volume of the manga, and it was sufficiently different that you might as well consider the two to be separate works with similar themes. The fact that Warner Brothers is looking to the manga for inspiration however, and not just remaking the anime, seems like a pretty good sign.

The first Akira movie is scheduled for release some time next year.