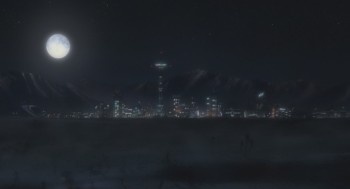 Pete Hines of Bethesda says Fallout: New Vegas is an all-new experience set in the bright lights and busy streets of a thriving city that will take "hundreds of hours" to completely explore.

Fallout games generally follow a familiar pattern: After beginning life inside a Vault, players emerge to forge their destinies in the blasted wasteland and change the world forever. In Fallout: New Vegas, however, things will be a bit different: This time around, we'll begin the game as hardened surface dwellers and Vegas, unlike the rest of the world, looks like a pretty happening place to live.

Set a few years after the events of Fallout 3, Fallout: New Vegas will be a "self-contained story" with no connection to its predecessor. After being shot and left for dead in a shallow grave in the desert, players will be dug out by a robot and taken to a local doctor to recover. "Unlike the previous Fallouts, where you start in a vault and you are a vault dweller, this one starts with a curveball," Hines, the vice president of marketing at Bethesda, told USA Today.

"You were a courier, and you were obviously carrying something that somebody wanted," he explained. "Part of the story is finding out what you had and what they took."

Fallout: New Vegas will offer "a brand new, fresh experience that has a familiar feel of Fallout, but otherwise it's an entirely new game and a new look, with Joshua trees and tumbleweeds and blue skies," Hines said. "Vegas is up and running. It is not a ghost town. It still exists and thrives. There are casinos, and you can go down onto the Strip. It will have a very different feel from that standpoint."

It's also apparently going to be pretty meaty game, comparable in size to the Washington, D.C. setting of Fallout 3. "It is a massive game world that will take you hundreds of hours to explore every nook and cranny," Hines said.

Fallout: New Vegas is being developed by Obsidian Entertainment and is currently scheduled for release in fall 2010 on the PC, Xbox 360 and PlayStation 3.