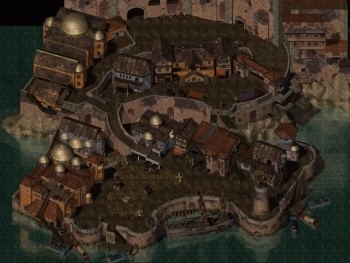 The Entertainment Software Association has asked the United States Trade Representative to keep Canada on its "Priority Watch List" of countries with "inadequate responses to domestic sources of piracy."

Canada, that wretched hive of scum and villainy that lies along the northern border of the United States, has long been known as a cesspit of criminality. In early 2008, the ESA submitted a filing to the USTR claiming the country's "legal deficiencies" and lax intellectual property rights enforcement "discourage publishers from establishing viable and legitimate markets" and was causing damage to the industry as a whole. In April 2009 Canada was added to a "priority watch list" of nations lacking in "effective intellectual property protection and enforcement."

In a new "Special 301 Report" filed earlier this week, the International Intellectual Property Alliance, of which the ESA is a member, asked that Canada be kept on the list. The country still suffers from "a mixture of legislative deficiencies and a lack of consistent, deterrent enforcement" that have made the country a "piracy haven," it said, pointing to Canada's refusal to criminalize the circumvention of "technological protection measures" as a major contributing factor to its high levels of piracy.

"Canada merits continued placement on the Priority Watch List," the IIPA said. "Canada has taken no meaningful steps toward modernizing its copyright law to meet the global minimum standards of the WIPO Internet Treaties, which it signed more than a decade ago. Over 80 countries have joined these treaties, including the European Union and its members states, and virtually all OECD members. The government's top leaders acknowledge many of these deficiencies and announced their intention to reform the copyright law over three years ago. Yet today there is not even a reform bill pending in the Canadian Parliament."

Canada shares its position on the Priority Watch List with Argentina, Chile, Costa Rica, India, Indonesia, Mexico, the People's Republic of China, the Philippines and Russia.

Gallery of the Day: 8 of Our Most Favorite Canadian Actors DrStrangelove 8 Comments
Comments on