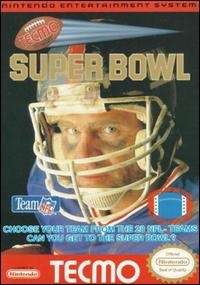 In yet another sign that a Tecmo Super Bowl reboot is on its way, the game was rated on the ESRB website.

Last month, we reported that a Tecmo Bowl game was still in the works. The game has apparently garnered an "Everyone" rating despite "low-cut tops" and "swimsuit models." We now have confirmation that the working title is Tecmo Bowl Throwback and that there will be cleavage. Thank you, ESRB.

This is a top-down arcade-style football game in which players compete against teams around the country to become the "Tecmo Bowl Champion." Some of the football highlights are depicted in animated cutscenes (with better graphics); a few non-football highlights depict cheerleaders wearing low-cut tops while dancing. And a jumbotron screen displays a 2D swimsuit model with some exposed cleavage.

Other than the fact that Tecmo at least is serious enough about this game to submit it to the ratings body, several facts can be gleaned from this nugget.

It sounds like the gameplay will pretty much be identical to the old school 8 bit Tecmo Bowl and its sequels.

I'm unsure what "better graphics" refers to. It could mean a general update in graphics over the old version, as MTV posits, but I think it just means that the cutscenes after a touchdown or during key moments are better animated than the regular football gameplay.

Finally, I think we can give up hope that EA will relent and allow any kind of of NFL license for the game. Somehow, being crowned "Tecmo Bowl Champion" won't feel as sweet as Super Bowl Champ, but I'm more worried about the stats of the players. Will they have fictional names? Will the game use the stats of current NFL players but define them by uniform numbers, as they do with college sports games? Will they recreate the stats of the NFL circa 1991 Or will it all be fictional with made-up team names and stats?

Part of the charm of Tecmo Bowl was that you could play as Phil Simms or John Elway. I don't think it will be as cool to have QB Vikings throwing an interception in his final NFL game as it would to play out Bret Favre's ultimate demise.